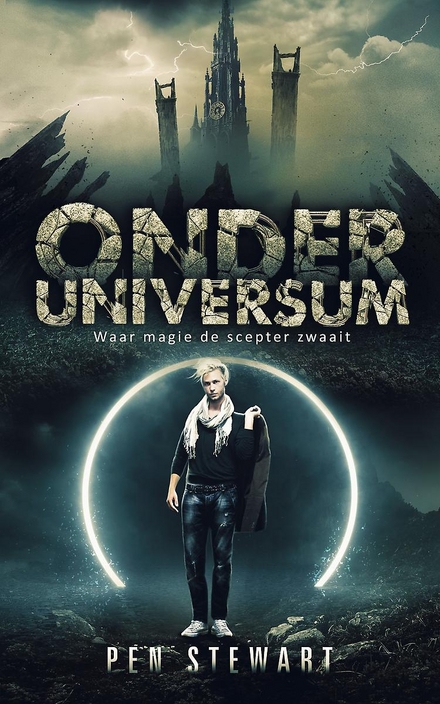 What if nature and magic took revenge together?

This review will be a bit weird. That’s because I got this review copy of the book to review it for Gent Leest. But that is in Dutch so I will translate for my international readers. However, this book only exists in Dutch. (for now). So the translation of the title is not official.

This was for Gent Leest because Pen Stewart is from Ghent and is a member of this group. She asked a while ago, in the Facebook group, if someone would want to review her newest book. As a Young Adult reader, I could not say no. Eventually, three of us got a copy. Two to review and one to interview Pen.

Both reviews are uploaded (and I will put the links underneath this blog). The interview will follow later this year. And yes, I will link to that as well.

Amsterdam 2665, Julian and Kim are flying on their hoverbikes through the city. Or at least what is left of it. They are struck by a sandstorm and they shelter in the ‘dust slots’ (where the canals used to be). Our two heroes grew up there, but now they belong to the city army. Because they were poor growing up in the ‘dust slots’, they are now the misfits. In the mayhem of the sandstorm, they see two strange men merge and disappear into each other. Sometime later, those men kidnap Kim. And this is how this story filled with adventure, advanced technology in a dystopian world starts.

This book has a semi-hidden message. The message to take care of our world and that nuclear power stations are dangerous. Luckily, that’s not everything and this message doesn’t control the narrative.

Pen uses so many details to present this world to us. It feels like you’re watching a movie. She describes everything so visual. That is also the exact reason why this is a real Young Adult book. It is too visual and too complicated for children younger than 14. Most Dutch Young Adult books are written in a way that younger kids can still read it. That is why I usually read English Young Adults. Those are a bit more complex. That is why I want to thank Pen for writing a Dutch Young Adult that is complex enough so a 25-years old reader, like me, can enjoy it too.

Pen created a wonderfully dystopian world in our own Neighbourhood. So, I really recommend this top book from a local author.

The references to Shakespeare, Stephen King, Pop culture,… were nice winks to current times. It may have been more subtle, but for a moment I got a Jules Verne feeling. Are these all things you are a fan of, Pen?

Thanks again to Pen and Hamley books to send me this copy. I enjoyed the book and I like helping out a local author.

The two reviews on Gent Leest: