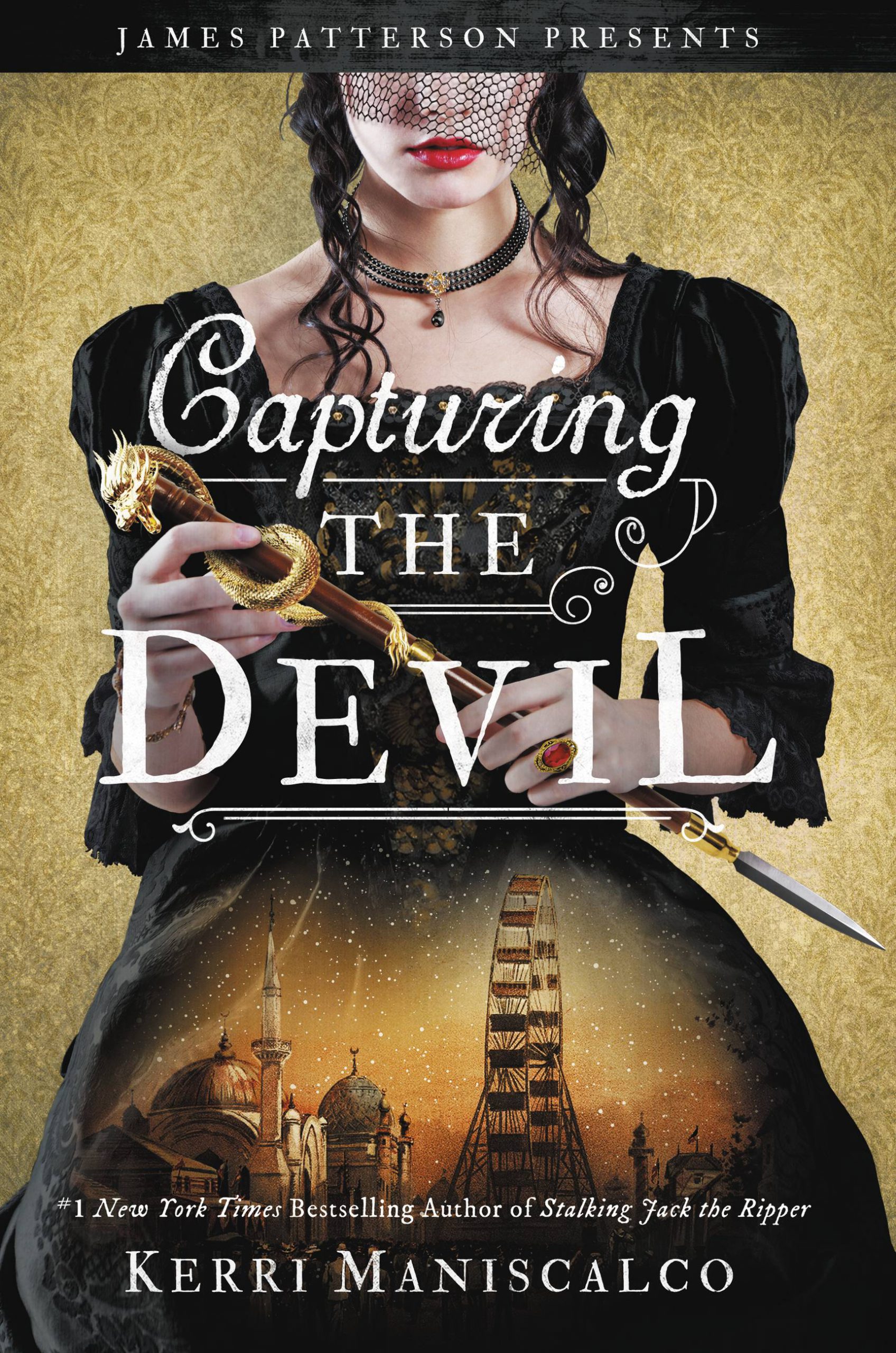 How to capture your personal devil?

Week four and we have arrived at the final book in this series. The “famous” person here is the devil, but this is less specific than in the other books. It does become clear in the book why that is.

After the boat trip from the last book, doctor Wadsworth, Audrey Rose and Thomas finally arrived in Amerika. They are permitted to stay in the home of Audrey Rose’s grandmother. Her father also decides to travel to America. Thomas asks him for Audrey Rose’s hand in marriage. Here you start to notice that this storyline begins to take over the book.

In this book, you have a ‘romantic storyline’ blended into the ‘crime-solving storyline’. For me, this kind of broke the unity of the story.

In the ‘romantic storyline’, you read that Audrey Rose and Thomas can’t wait to consummate their marriage until the wedding day. The night before the wedding becomes a steamy one. No problem, right, they will be married by the next evening. But alas these plans are disturbed and our lovers have to flee to stay together.

Here comes ‘the other storyline’. The reason why they were called to America is that a murder occurred similar to the Jack the Ripper murders. Our scientists also discovered a body like this on the boat.

With this, the author plays with the theories or rumours from that time. Rumours about why Jack stopped killing. One of those was that he relocated to America.

Our main characters thought that Jack had died in London. From the journals that Audrey Rose’s brother left, it seemed that he was Jack. But the murders occurring now are so similar that there is no other way of explaining this. Jack is back.

After some time, mess bodies were discovered and our lovers had to flee. So they used the journals to try and find where Jack could have gone to. They suspect he is in Chicago for the world fair. The bodies they discovered there, came with personal messages for Audrey Rose. He became the devil in her nightmares. It became clear he wanted to trap her.

The trap was the infamous ‘Murder castle’ of H.H. Holmes. I think connecting H.H. Holmes and Jack the Ripper is interesting. The timing is about right because the ‘Murder castle’ existed at that time, but it was only discovered some years later. Both storylines in this book became more personal. The mysterious one drew me in, but the romantic one didn’t.

It does fulfil all the expectations, so as the last book it did its job. All in all, it is a nice and satisfying end to a fantastic series.

You can also check-out this review in Dutch on: Capturing the Devil – Hoe vang je jouw persoonlijke… | Gent Leest