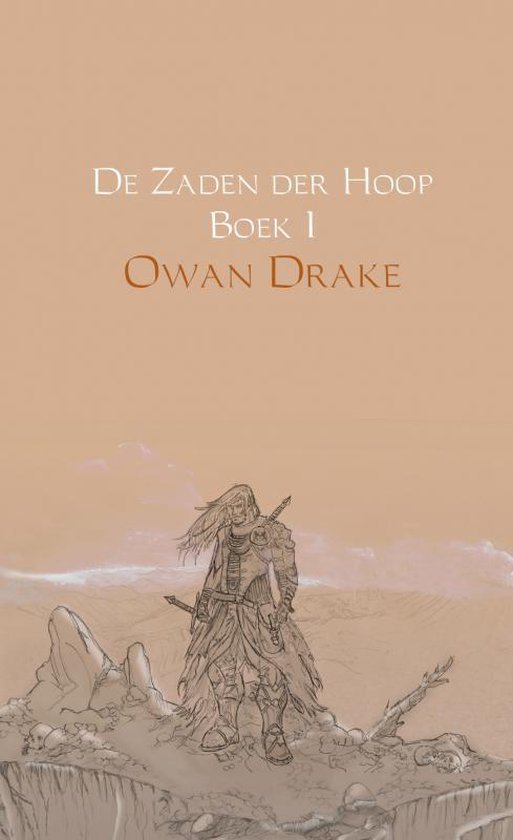 First of all, as far as I know, does this book only exist in Dutch. The title you see here ‘The fall of Hymír’ is my own translation of the original title.

To make this review as honest as I can make it, I have to tell you why I read it. About two weeks ago, Owan Drake asked in a Facebook group if someone wanted to review his first book for a blog tour. I am always willing to help authors, so I thought: “Why not?”. Owan gave me the series for free on Kobo. He asked me to write a review on Kobo, Smashwords and Goodreads by April 11th. I told him, I would and I would even put it on my blog.

But, last Friday, I noticed that Owan’s account on Facebook doesn’t exist anymore and that ‘The fall of Hymír’ is blocked on Kobo and Smashwords. If I ever find out what happened, you will get an update. However, I have kept my promise.

It is a story about Xavier who is being taught by Benedictus. Benedictus wants Xavier to read his books because that is how he will learn to bring balance to the world. When Xavier starts reading, he begins to hear voices in his head. These voices seem to be the characters from the book. He gets the feeling that these characters are past lives of Benedictus and that he is slowly changing into him.

The first book is ‘Prophet of the light’. This book follows Wilder Driez and his companions. Xavier also gets nightmares of the darkness and those stories follow Mar and his companions. Both main characters are on a mission to defeat the other side.

The stories of Wilder and Mar feel like ‘Dungeons and Dragons’ campaigns in which random stuff happens on the road to the main goal. I like this structure for a fantasy book.

But it only becomes clear by the end of the book that Hymír is the realm in which the stories take place. It’s also not a quick read because of chapters with more than 40 pages.

The end is also very sudden. Xavier doesn’t want to continue reading and runs away from Benedictus, but he gets captured by ‘blood ravens’ from the book. They blow him up and that’s the end of the book. Ending with a ‘Cliffhanger’ so you would want to read book 2.

The story is very chaotic, but it draws you in. The long chapters feel like marathon reading if you don’t want to stop in the middle of the chapter, but that’s also fine.

My biggest problem with the book is that it is loaded with sexually tinted curse words. Some of these cursing dialogues go on for a whole page. There are characters with a fiery temperament, so it is not weird that they curse. However, my question is: “Why does it have to be sexual?”. These disturb me because I had never heard these before.

If vulgar words do not bother you or you can read through it, then I would recommend this book. If not, DO NOT READ THIS BOOK!