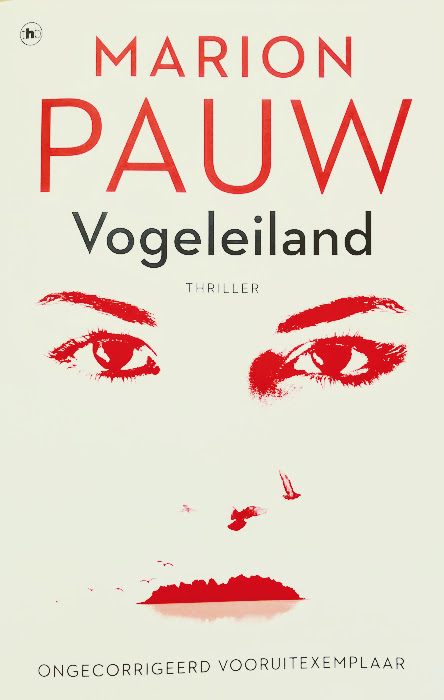 From Rebel to victim

This book will be published in the Netherlands at the beginning of May 2021. This means that there is no English version yet and I don’t even know when that will happen. The title you see here is just my translation of the original title ‘Vogeleiland’.

Hebbanbuzz gave me the chance to read ahead. I am so thankful for this opportunity because Bird Island is an amazing book.

Bird Island is about Marianne. She is a rebellious teenage girl who is tired of the world, that wants to get away from her parents and her school. When she meets Berend, who is some 15 years older than her, and works as pest control around the islands in the Ketelmeer. That is how he one day chooses to bring Marianne to one of the islands. He calls it Bird Island. After this trip, Marianne gets the idea to build a life with Berend on the island. At first, he was opposed to the idea, people were not allowed on the island and Marianne is way too young for him. But eventually, Marianne convinces him and they build a hut there.

After some time she gets pregnant. By the end of the pregnancy, she gets nervous and wants to go back to the mainland. However, Berend realises that if she gets back, he will be imprisoned as a kidnapper and a paedophile. When the child is born, you can see a complete change in both Marianne as Berend. Marianne doesn’t want the child and becomes uninterested in everything. Berend becomes the brut jailer.

He names the baby Pup. Which is a disrespectful name for a child he says he loves. The years go by and Pup grows up as a savage on Bird island. Marianne changes into a ghost of herself in her captivity. Meanwhile, Berend finds a new love and life on the mainland.

Bird Island immediately draws you in and doesn’t let go. It is a fast read which is probably because of the short chapters and the fluent writing style. This book is told from the perspective of Berend and Nicole (Marianne’s sister). Later in the book, we get some chapters from Pup when she’s grown up.

There are only two reasons why this book didn’t get the full five stars from me. First of all, the first few chapters of Nicole were mainly flashbacks, but every time from another point in time. That made it a bit difficult to follow in the beginning. Luckily it all came together and became clear by the end.

The second reason is that there were some words I had to look up because those words are hardly ever used in Flanders. I admit this book is most definitely from the Netherlands, but a word like ‘dompteur’ is completely unknown to a Flemish reader like me.

Those two minor points put aside, this tragic story about Marianne’s captivity on Bird island is an amazingly immersive story that I loved reading.

If this review piqued your interest then you can buy it from the official publisher here: Vogeleiland – Marion Pauw